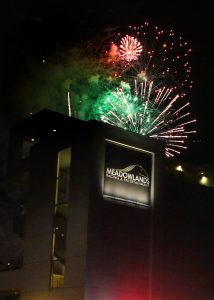 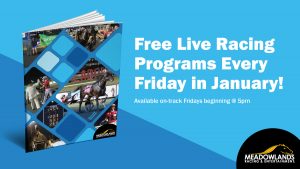 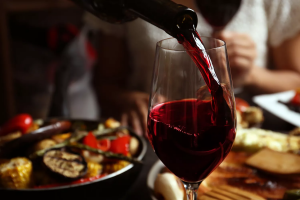 Join the GSY Racing Club as they pay tribute to Queen Elizabeth and her love of horses! Her horses won all the British classics: Ascot’s Gold Cup, Epsom’s Derby, the lot, and she’s been inducted into the British racing hall of fame.

The Pink Buffet will include UK favorites Fish & Chips & Shepard’s Pie and Gin & Tonics will be the special cocktail of the evening.

About the UK Drivers:

Cullen has been driving since the age of 16 in 2009. In 2010 he drove his first winner. He then went on to win the Scottish Harness Racing Young Driver of the Year five times between ages 17-21. Cullen also won Scottish Overall Driver of the Year three times in the same period.

Davies hails from mid Wales and has been racing in accordance with British Harness Racing Club rules since 1996. He is a Category ‘A’ Class harness racing driver carrying on the family tradition for a third generation. Awards: Ceredtrotian Top Driver of the Year (2012,) Hereford & Borders Top Driver (2019,) Amman Valley Trotting Club Championship Winner (2022.)

A carpenter by trade, Haythornthwaite has won multiple championships as the British Harness Racing Club’s leading driver. He has been associated with such top horses as RHYDS RAINBOW and the 2016 Vincent Delaney Memorial winner TYRION HANOVER. His parents train a successful barn and his brother is fellow driver. He was fortunate to compete in the Florida Amateur driving competition in 2016.

Jones started driving at the age of 16, where he met his beautiful wife with whom he shares three daughters. He is a farrier by trade and trained to be a farrier passed with (honors). Now 50 years young, Jones and his family own and operate a farrier business while also training apprentice blacksmiths. He is proud to successfully, breed, train, and drive his very own horses.

Morris is a 3rd generation horsemen who followed both his father and grandfather into the sport. He qualified as a registered farrier after 4 years of intense training and has had over 40 wins as a driver in the UK. He is responsible for organizing a competition between UK and US drivers at Pompano Park and Tan-y-castell, England and now resides in the US with his wife Mackayla and sons Cailan and William. Awards: Leading Trainer (2015), trained Leading Horse (2015). 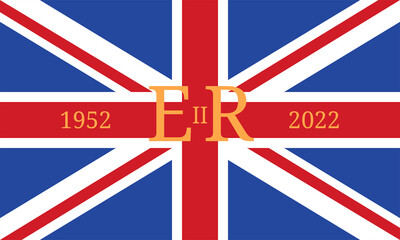